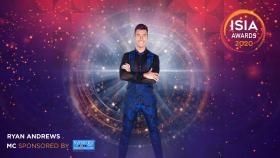 The Irish Security Industry Association is delighted to have Ryan Andrews as the MC for the ISIA Awards 2020.

Ryan Andrews starred in RTE’s Smash Hit show ‘Dancing With The Stars’ Ryan blew audiences away each week with his performances & personality both on and off the dance floor! Receiving the highest overall score throughout the entire competition, Ryan danced his way to the grand final!

Best known for his recurring role as ‘Sean Cassidy’ in RTE’s hit soap ‘Fair City’ Ryan has featured in some of the Soaps most demanding storylines in his impressive 12 year career in RTE, with many more to come!

Every Christmas Ryan leads, writes & creatively directs ‘The Olympia Theatre Pantomime Dublin’. People come for all over Ireland to see Ryan’s energetic performances each year & his character, Olly. This will be Ryan’s 17th conservative year performing at the prestigious Olympia Theatre!